Seltzer, Rabbi Nachman
|
Artscroll / Mesorah
|
162627
|
Hardcover
|
Stock: Medium
The Life and Leadership of the Kamenitzer Rosh Yeshivah He was a gadol who lived and breathed Torah learning. A member of Eretz Yisrael’s Moetzes Gedolei HaTorah. A master educator who influenced literally thousands of talmidim, from pre-schoolers to respected mechanchim. He was a close... See more below
Skip to the end of the images gallery
Look Inside 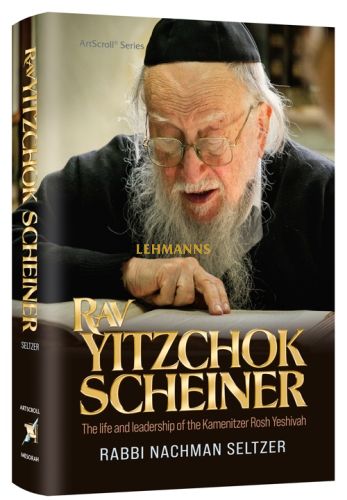 Enlarge the image
Send to a Friend
Add to Wish List
Add to Gift Registry
Add
Details
The Life and Leadership of the Kamenitzer Rosh Yeshivah He was a gadol who lived and breathed Torah learning. A member of Eretz Yisrael’s Moetzes Gedolei HaTorah. A master educator who influenced literally thousands of talmidim, from pre-schoolers to respected mechanchim. He was a close confidante of Rav Elyashiv, and part of a family that included some of the greatest names in pre-war Europe. And it all started in a public school in Pittsburgh. R’ Yitzchak Scheiner’s journey from a Pittsburgh high school to his simple Yerushalmi home and the hallowed halls of Kamenitz Yeshivah is a story of breathtaking hashgachah pratis. It is a story, also, of the dedicated people who enabled the budding math and Latin scholar to become a gadol b’Torah. His parents, who defied the odds and lived a Torah observant life in a time and place where that was exceptionally rare. The meshulach who visited the Scheiner home and told his astonished parents that yes, there were yeshivahs even in America. His rabbanim: R’ Shraga Feivel Mendelovitch, R’ Shloime Heiman, and R’ Reuven Grozovsky. And the rebbe he never met but learned so much from: Rav Baruch Ber Leibowitz, “der zeide” whose granddaughter he married, and whose illustrious legacy he carried on for almost eighty years. Based on dozens of interviews with talmidim, mechanchim, and family members, Rabbi Nachman Seltzer paints a vivid and absorbing portrait of Rav Scheiner as an incomparable mechanech, a loving father to his own children and his talmidim, a man of incredible sensitivity and integrity. By his teachings and personal example, Rav Yitzchok Scheiner influenced many thousands. Now, with the publication of this biography, he continues to teach -- and inspire -- all of us with his shining example of gadlus. 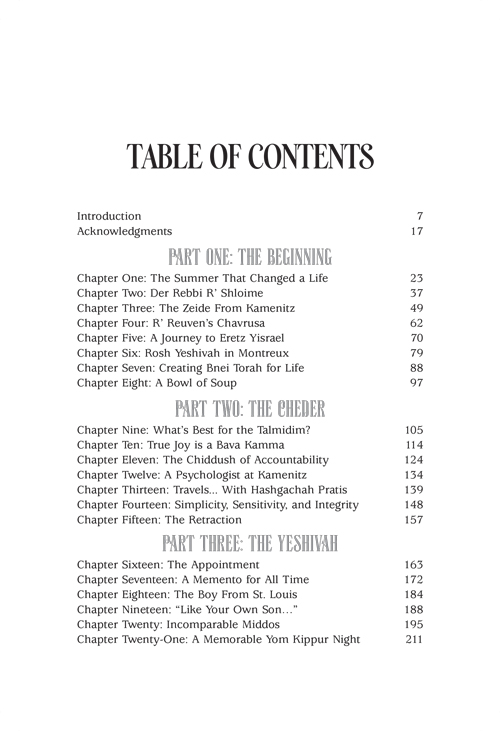 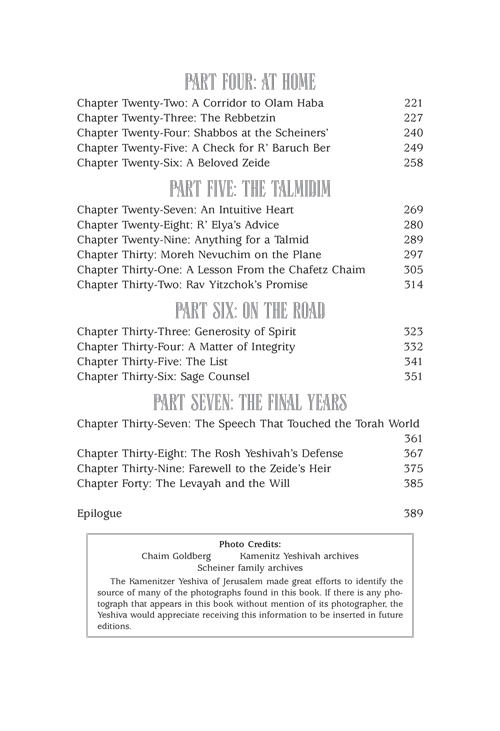 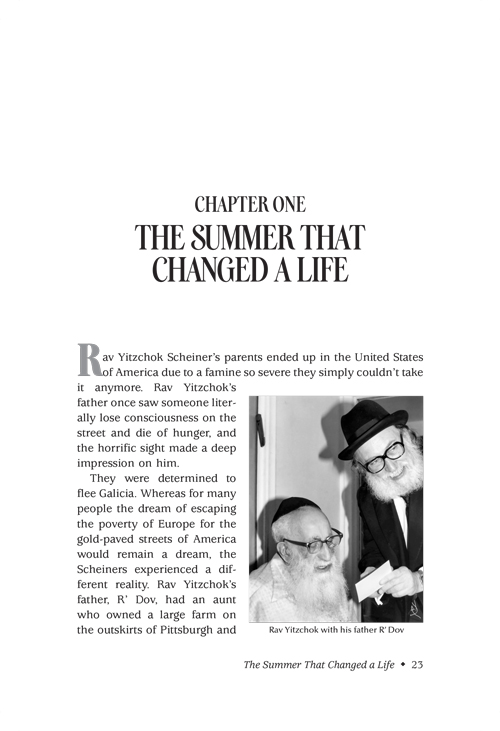 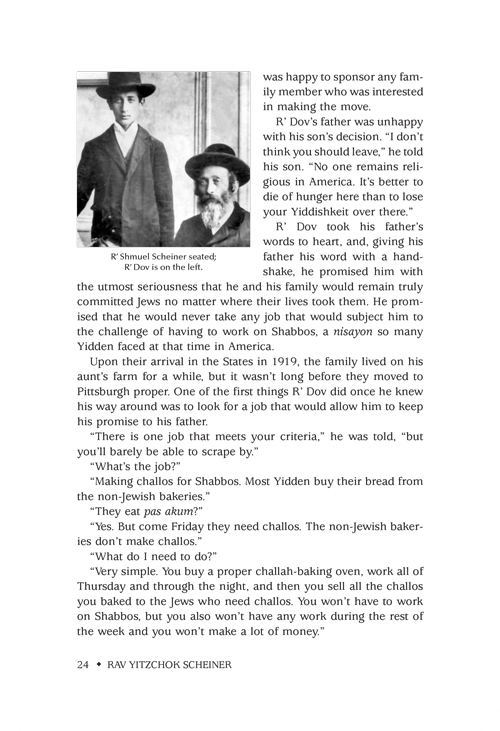 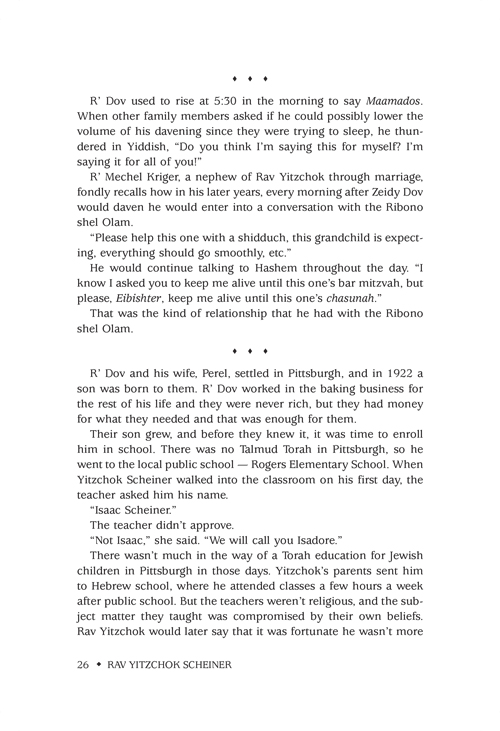